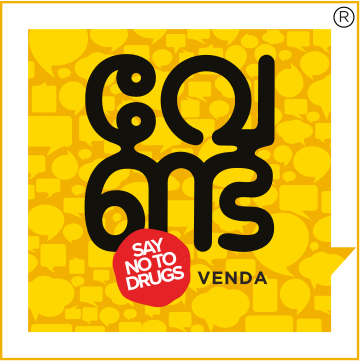 Children and young adults can be easily lured into the drug trap as they are the most vulnerable, mentally and physically. It is estimated that 1 out of 5 of India’s drug addicts is a child – many of them start using drugs when they are just 5 years old. (Daily Mail, India, 2016).The prefrontal cortex of the human brain does not develop fully until the age of 25. This is the part of the brain that enables a person to think rationally. This makes children highly impressionable and easily misled. Ignorance of consequences, easy availability and curiosity add to the risk. An average of 150 students come to Project VENDA® for counselling every month, out of which almost 50% require special care and attention.

Once children get the hang of psychotropic drugs, their brains, which are still in the developing stage, start yearning for more without being able to understand the dangers behind it. This makes them behave irrationally – soon the drugs start ravaging their minds and bodies, leading to dissociated, reclusive behaviour and at times, criminal tendencies.

Project VENDA works with schools in making them S.A.F.E. (Substance Abuse Free Environment). Training modules are designed as per international guidelines of UNODC (United Nations Office on Drugs and Crime) on school-based education. We empower students to say “NO” to substances, by sensitising teachers and supporting parents through the school network.

Our student empowerment program directly impacted the lives of over 1,00,000 children in Government schools in Kochi and neighbouring districts across the last five years.

School awareness programs are based on imparting an effective understanding of addiction and brain science as well as motivational sessions that help students understand their uniqueness and inherent strengths. This empowers them to make responsible choices leading to balanced physical, mental and social health.

The Venda Approach Focuses On the child, not the problem.| Uniqueness of every child | Student’s strength and potential | Relevance and importance in society | Addictive behaviour and addiction cycle | Brain science of addiction | Behavioural changes | Dealing with various addictions and other forms of abuse | Responsible choices.

For training to be personal and effective, we limit each batch to a maximum of 50 students. This helps students broach relevant topics and elicit responses that enable decision making.

Testimonial
“I first came to know of Project VENDA in 2018 when Diana presented it at the United Nations intersessional meeting of the Commission on Narcotic Drugs in Vienna.

I had the opportunity to visit Kochi and learn about the Venda model and approach to eradicating drug use among youth. The Venda model as I understand is based on empowering young people by, first and foremost, creating an enabling environment in which affected youth, by their own will, decide to quit using drugs and commit to the cause, becoming the best advocates among their peers in their communities. Through prevention programmes that include creating incentives in sports and schools, Venda is able to create resilience among youth, giving them ownership of their own lives and decisions. This is very important as it ensures long term results.

I also had the pleasure of visiting schools that work with Venda where I had the opportunity to hear from teachers and students about the important association they have with the project.”