Basavaraj -the Superstar and his friends 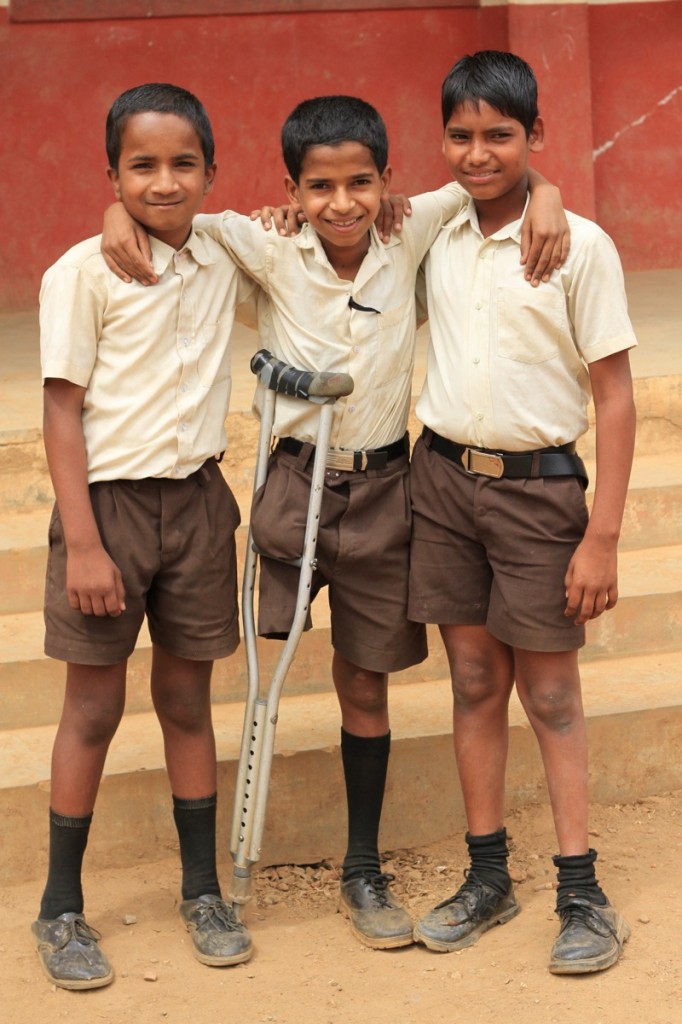 Manthesh  aka  Mr. Digit, Basavaraj aka the SuperStar and Santhosh aka Mr. Congeniality (left to right)

The story of our Superstar begins three years ago, on a bright sunny day in the lush green sprawling grounds of Christ College, Bangalore. Basavaraj was in line and for the very first time SIGNing (not singing!) the National Anthem as part of an opening ceremony of a Multi Stakeholder Conference on Inclusion in July 2011. He, along with a few other boys from his school were chosen to participate in the conference and after the weeks of practice, as he was finally, along with his fellow students, Signing the National Anthem (video).

Any of us who have ever sung the Indian National Anthem can attest to the rush of patriotism, the fundamental love and respect it incites in us for our country. Basavaraj felt this same torrent of emotion, but in a very distinctive way. He was signing and experiencing the Anthem as a member of the differently abled community and this Inclusive experience inspired him.

When he got back home to Dharwad, he told his friends, Manthesh and Santhosh, of his experience. They decided that the power of the Silent National Anthem and the inspiration it held needed to be shared. They came up with the plan to Silent National Anthem Signed once a week during the morning assembly in school.

Manthesh  “Mr Digit “ was a favourite with all the teachers due to his awesome Math skills ( he can answer any multiplication table up to as high as 50 and that’s just the tip of the Mathematical iceberg). He appealed to the teachers and garnered their support to implement their plan.

Santhosh “Mr. Congeniality” was everyone’s friend. Through his strong ties of friendships he fostered with all the students he rallied their support for their cause.

Together they requested the principal to grant them permission.

Now, every Friday, Basavaraj, Manthesh, Santhosh along with the entire school SIGN the Silent National Anthem, fostering a future of an Inclusive nation.